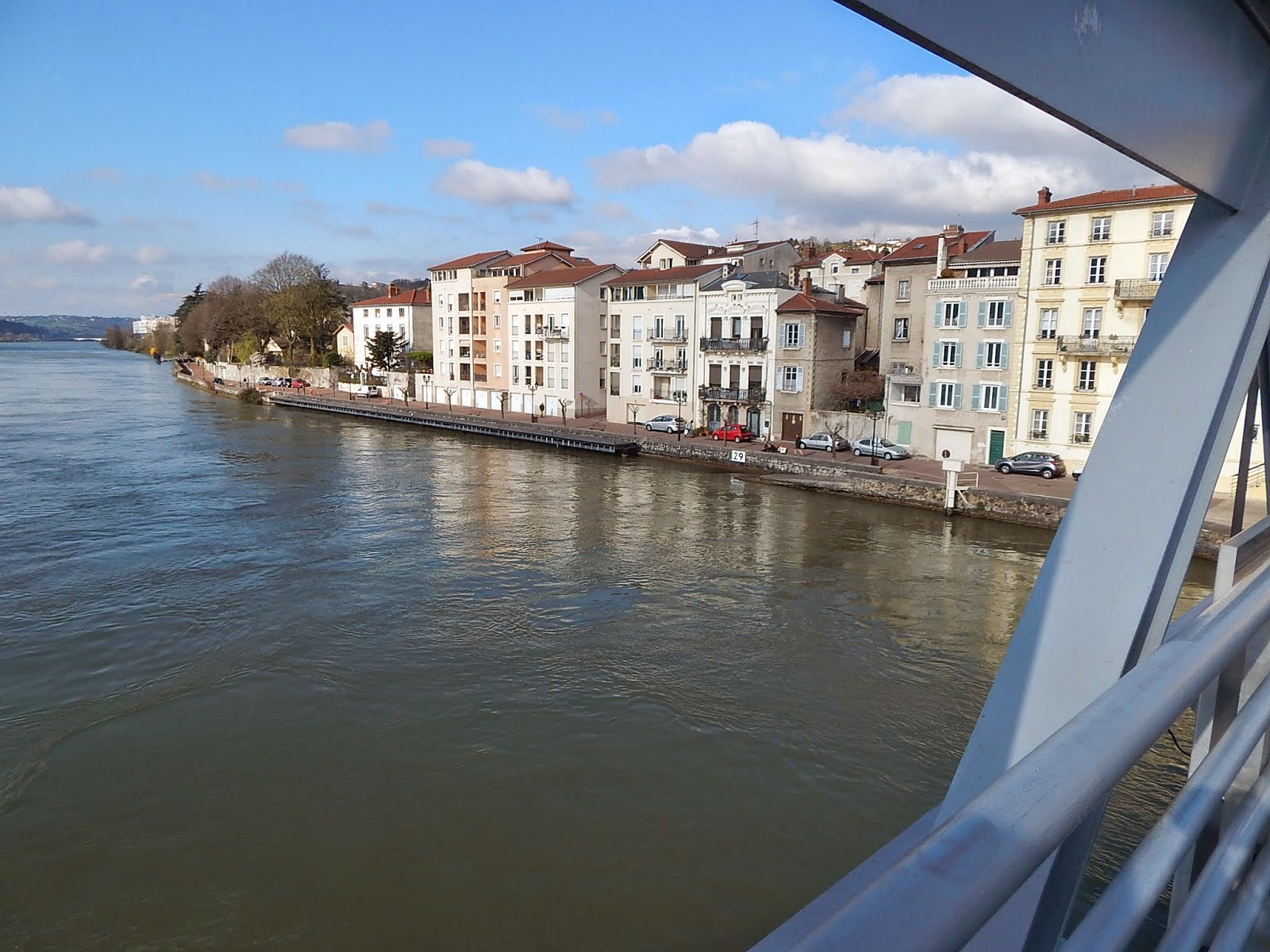 Vienne is a commune in southeastern France, located 35 kilometres (22 mi) south of Lyon, on the river Rhône. It is only the fourth largest city in the Isère department, of which it is a subprefecture, but was a major center of the Roman Empire.

The stop here was day # 5 on our River Rhône cruise (click here to view our Trip Overview Page), and it was very chilly made even chillier due to the early arrival of the ship at it's dock. It is also Easter Sunday, so we weren't certain what would be open in the village

Vienne is a regional commercial and industrial center specializing in the food industry. Tourism is also a major part of the town's economy. Indeed, there are many important historical monuments that draw the crowds, but the annual Jazz à Vienne festival in July also makes it a popular tourist destination.

Quick Vienne History Overview: Vienne was a major centre of the Roman Empire under the Latin name Vienna, however, before the arrival of the Roman armies, Vienne was the capital city of the Allobroges, a Gallic people. Transformed into a Roman colony in 47 BC under Julius Caesar, Vienne became a major urban centre, ideally located along the Rhône, then a major axis of communication. Emperor Augustus banished Herod the Great's son, the ethnarch Herod Archelaus to Vienne in 6 AD.

Vienne became a Roman provincial capital and remains of Roman constructions are everywhere in modern Vienne. The town was also an important early bishopric in Christian Gaul. Its most famous bishop was Avitus of Vienne. At the Council of Vienne, convened there in October 1311, Pope Clement V abolished the order of the Knights Templar. During the Middle Ages, Vienne was part of the Kingdom of Provence, dependent on the Holy Roman Empire, while the opposite bank of the Rhône was French territory, thus making it a strategic position. Vienne was subsequently one of the most important towns of Gaul until Roman rule of the area ended in 275 CE. Late in the 9th century the town became part of the Holy Roman Empire, and it was transferred to French sovereignty in 1450.

To read the entire Wikipedia article about Vienne (where the above text came from), click here. 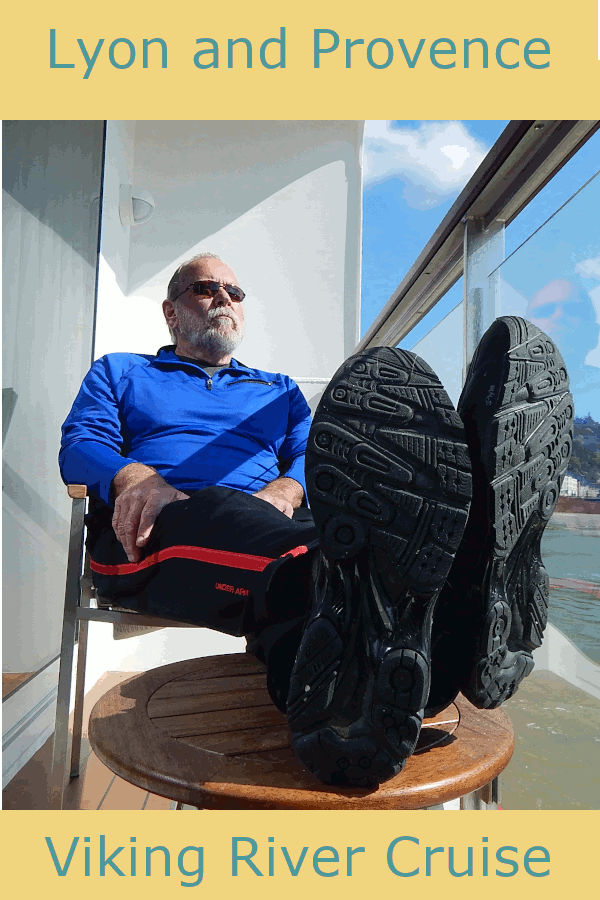 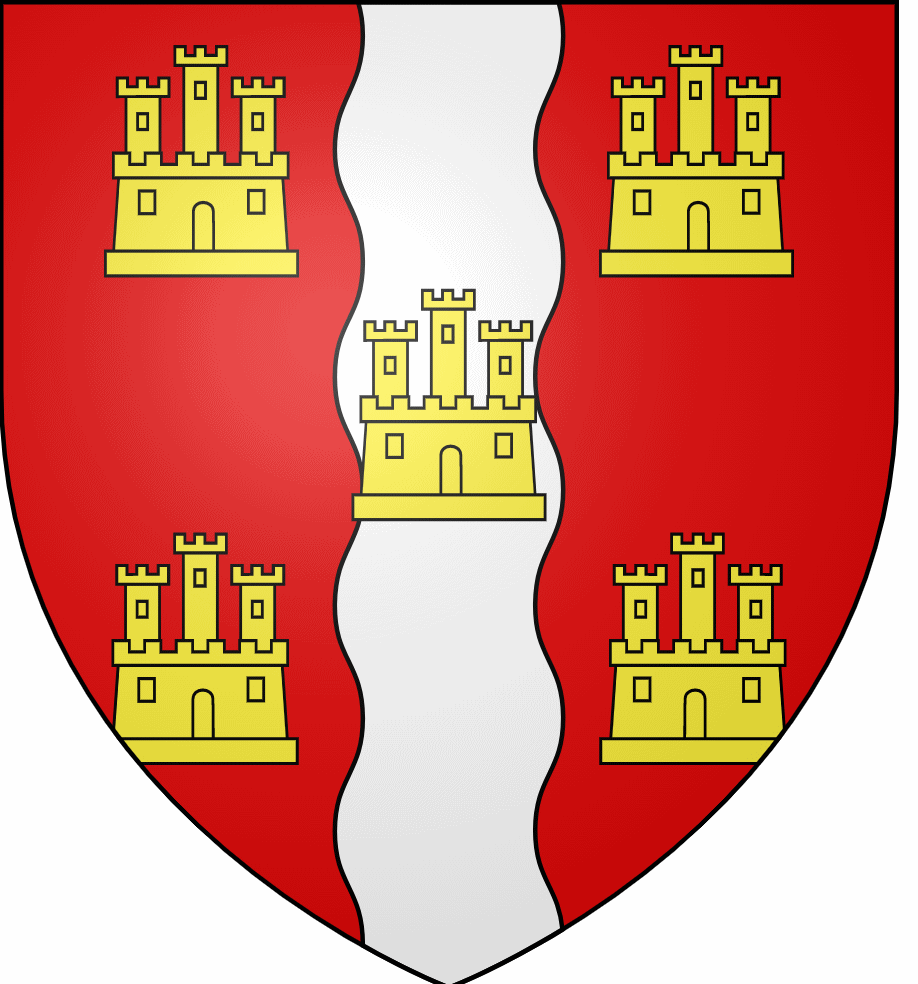 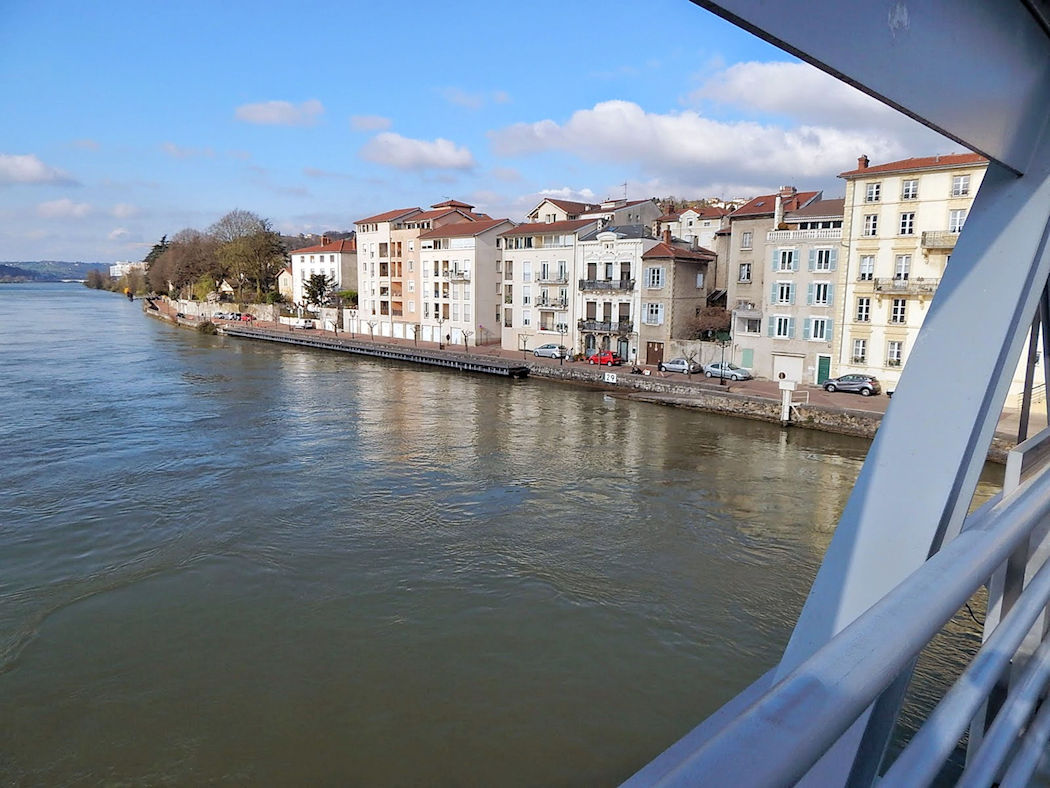 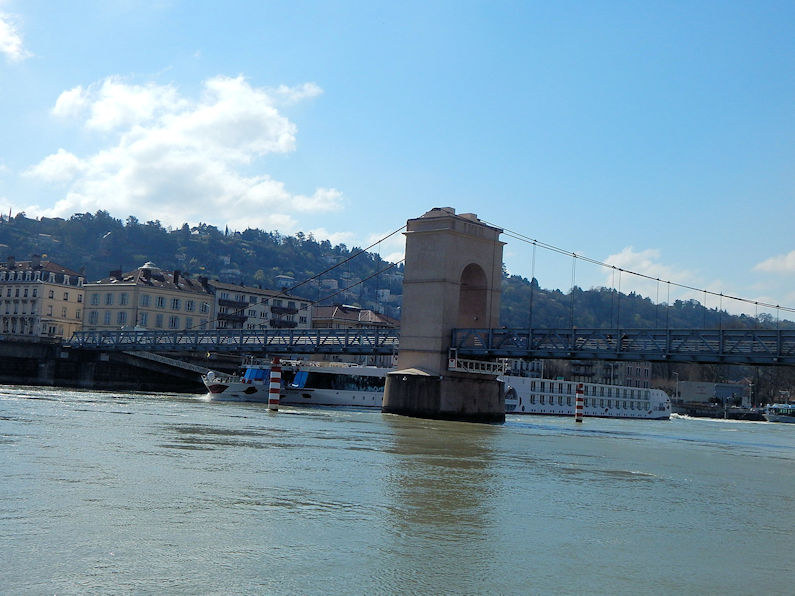 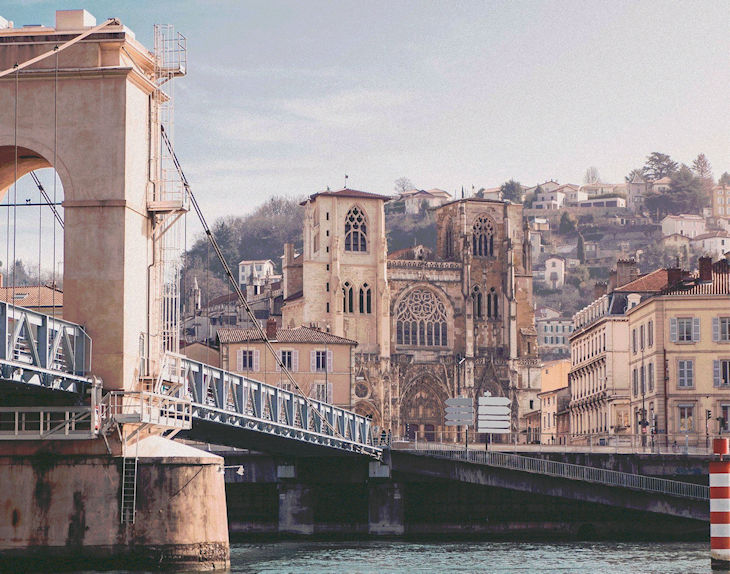 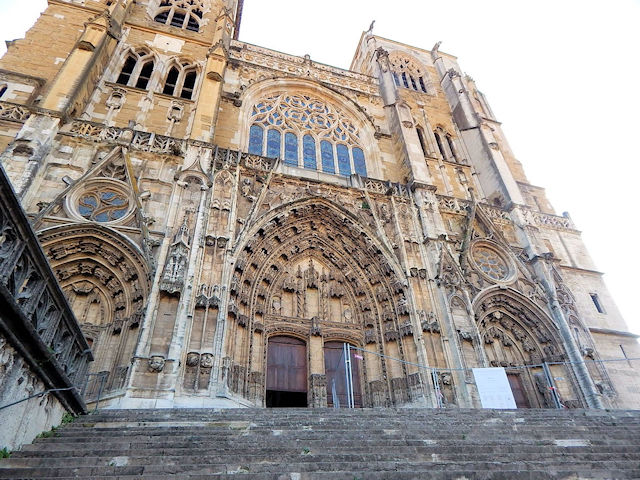 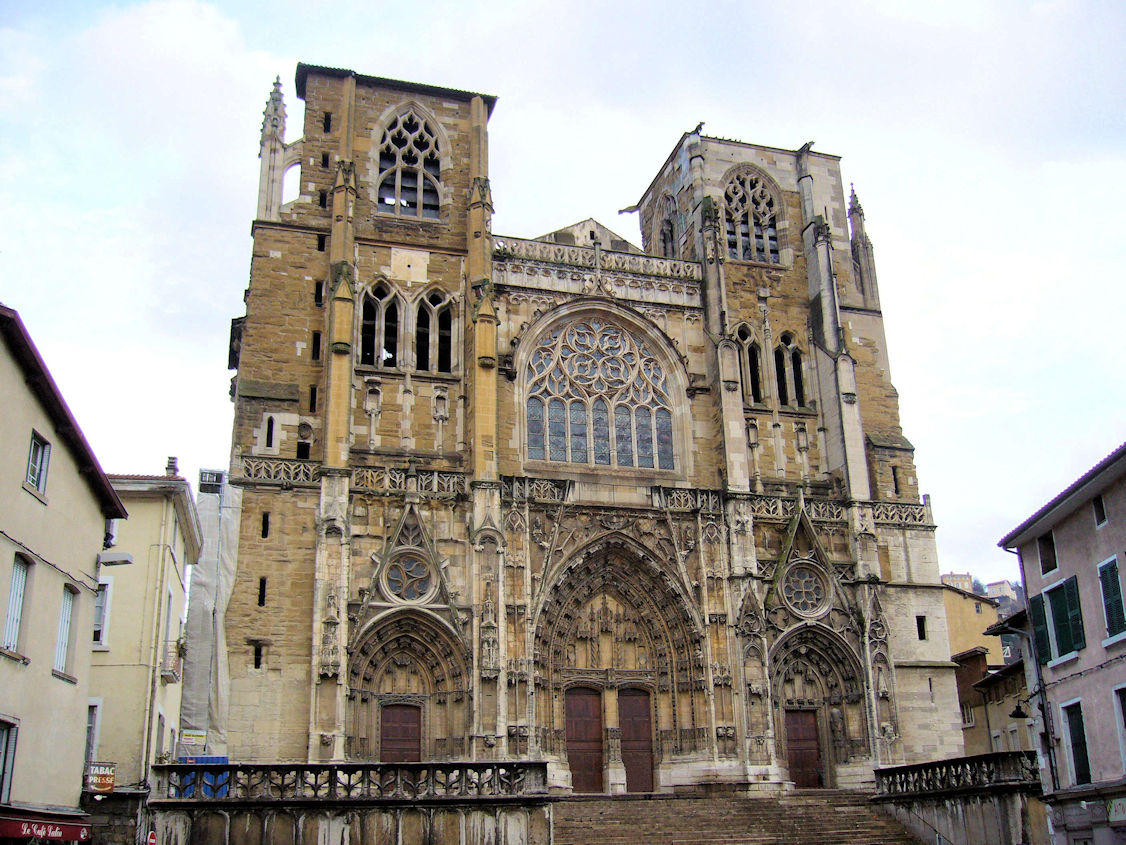 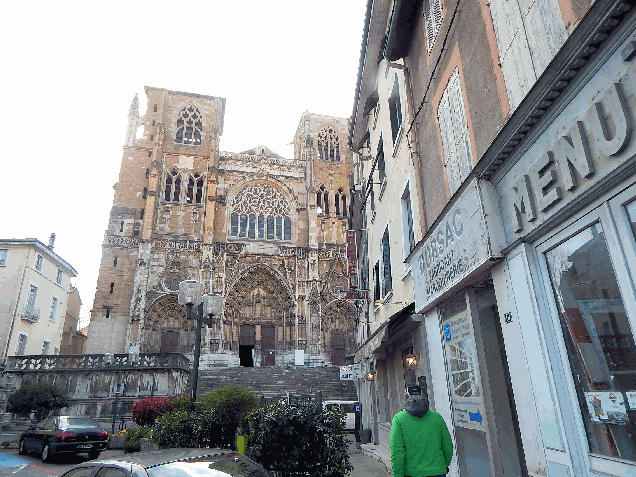 This is a medieval Roman Catholic church in the city of Vienne, France. Dedicated to Saint Maurice, it was the episcopal see of the primate of the ancient Septem Provinciae and of the Archdiocese of Vienne until its abolition confirmed by the Concordat of 1801.

Temple of Augustus and Livia 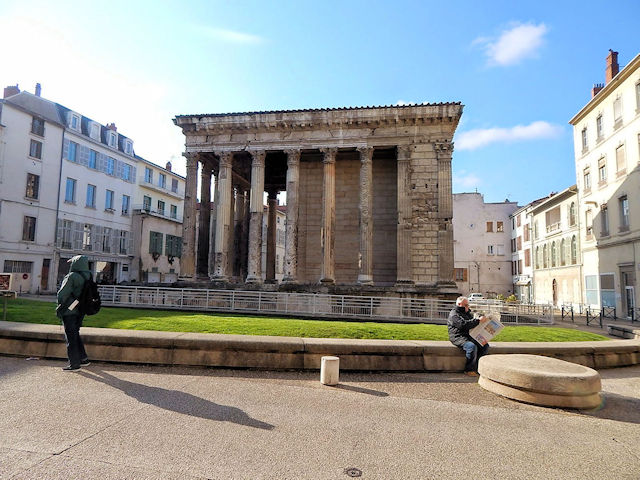 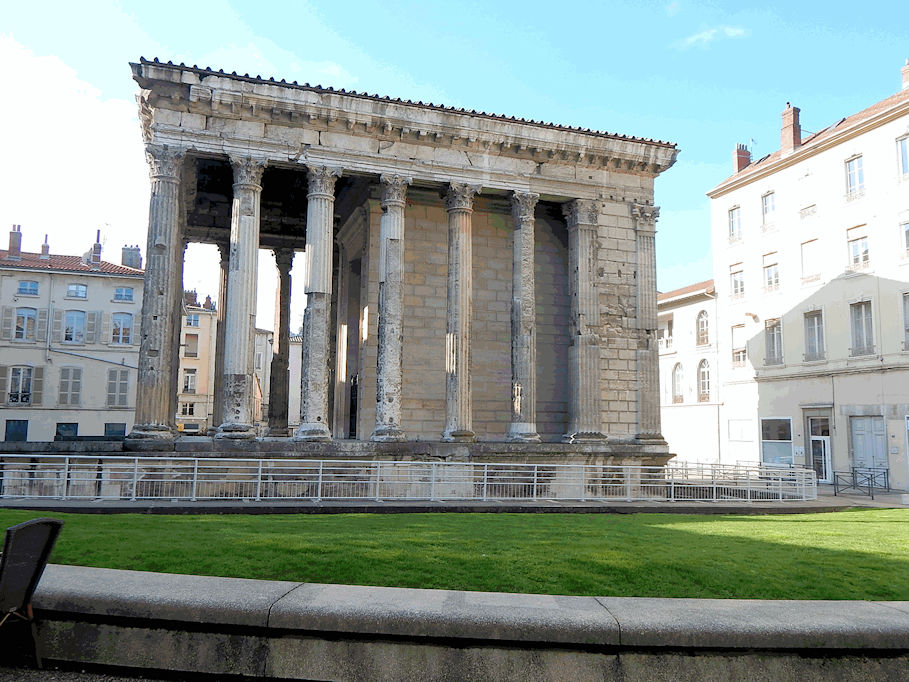 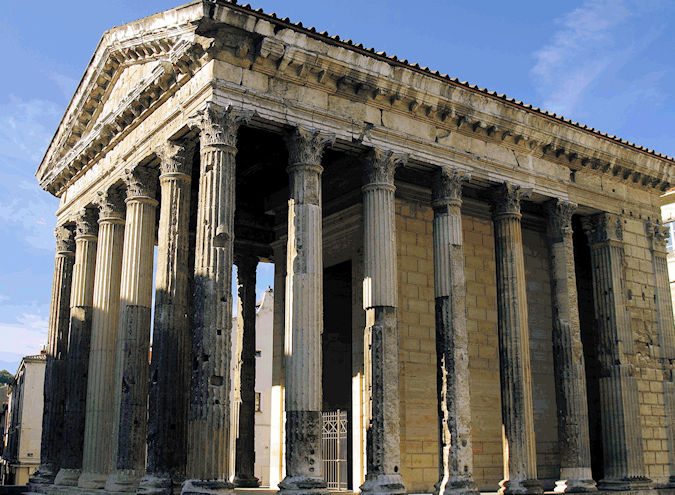 As we continued our Vienne exploration, we discovered this amazing building. It was built near the end of the first century and was originally dedicated to Emperor Augustus, then rededicated to his wife Livia in AD 41 by her grandson Claudius, the Roman emperor. The columns are scarred by remains of wall fastenings when the temple was used in prior centuries as a storehouse and museum. Yet, the main reason for the great state of preservation of the structure is that it was incorporated into a church perhaps as early as the fifth century and restored in the nineteenth century. 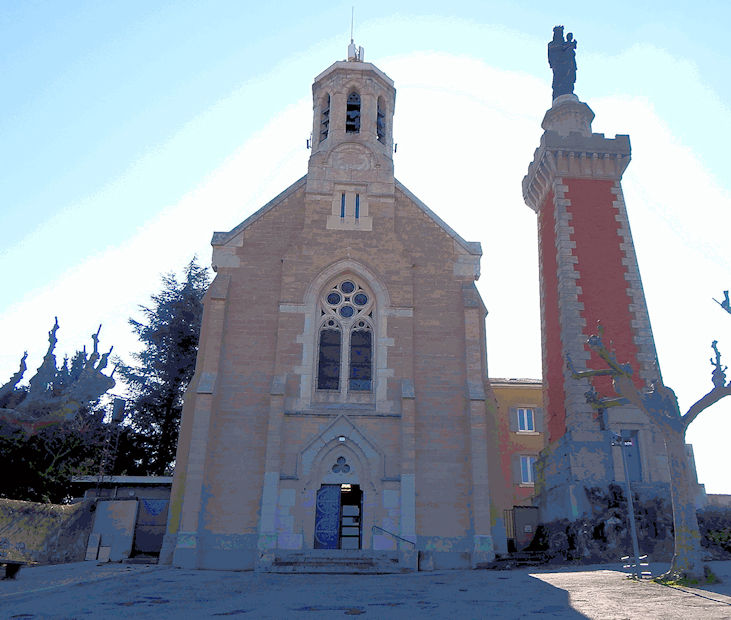 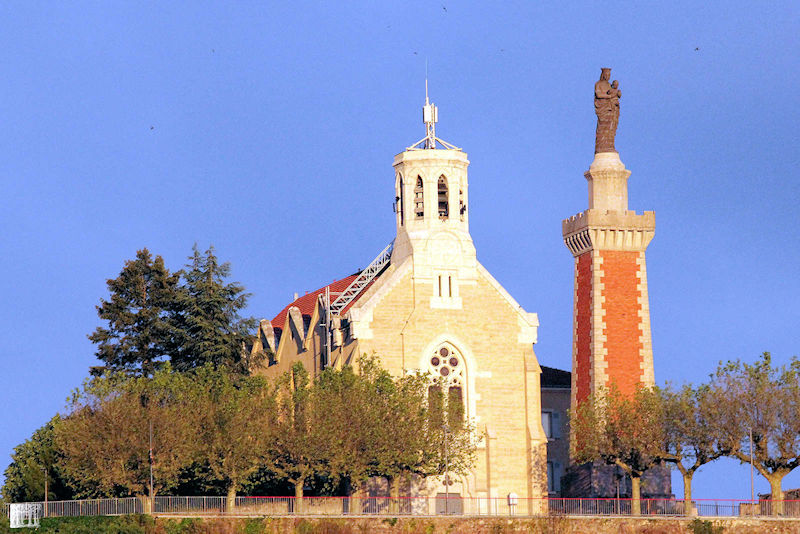 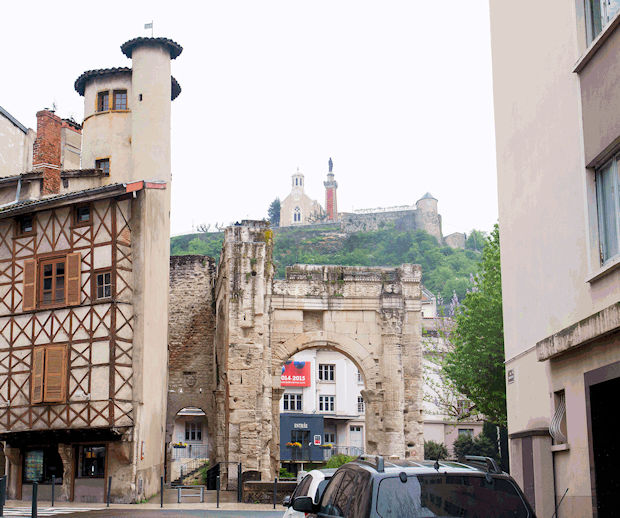 As we hiked up Rue Pipet to arrive at the Roman Amphitheater, we walked by this Chapel and Statue of the Virgin Mary. You have to make a sharp right turn to enter the road to the amphitheater, so you will walk right by this chapel. This area is also known as the Belvédère de Pipet, which was originally a fortress, long since destroyed.

The Gallo-Roman theater of Vienne 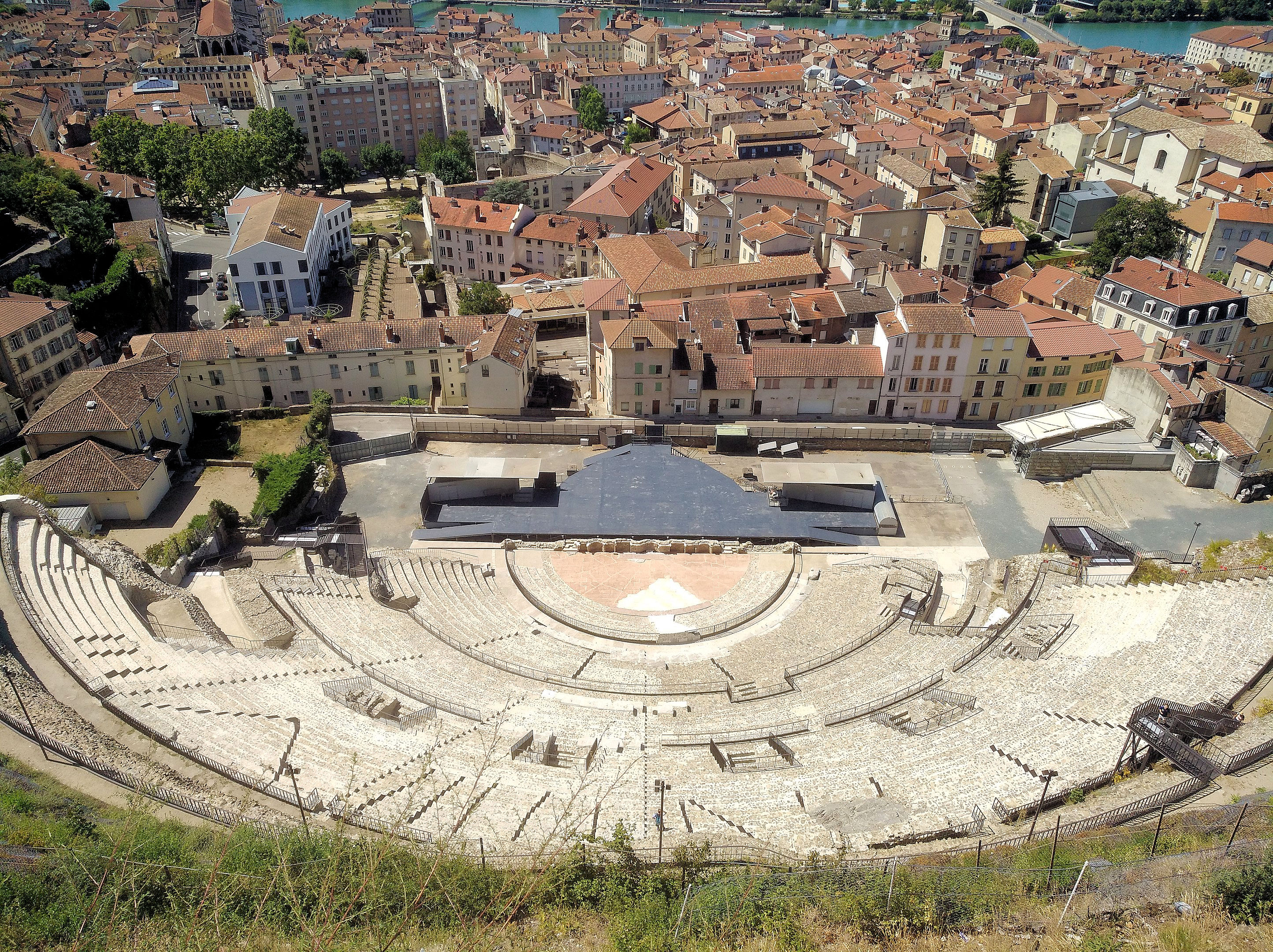 Originally constructed during the Roman occupation era, it is an 8,000 seat Roman Amphitheatre on Mont Pipet overlooking Vienne. It has a modern outdoor stage but the seating is the ancient stone benches!

Views from the Roman Amphitheater 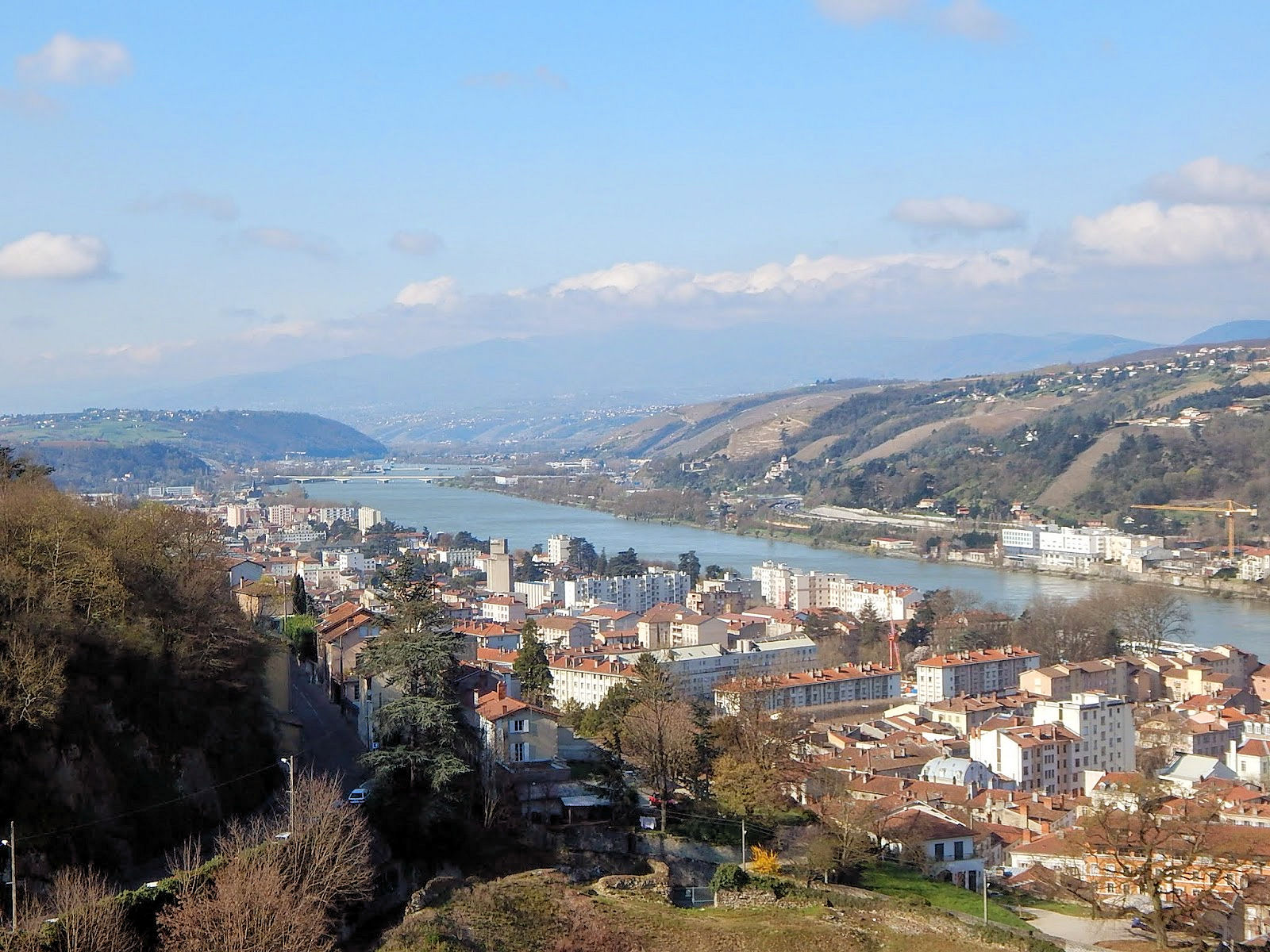 Looking South from the Roman Amphitheater

The Roman Theater sits on a hill high above Vienne, which provided us with a great view of the village and the River below. 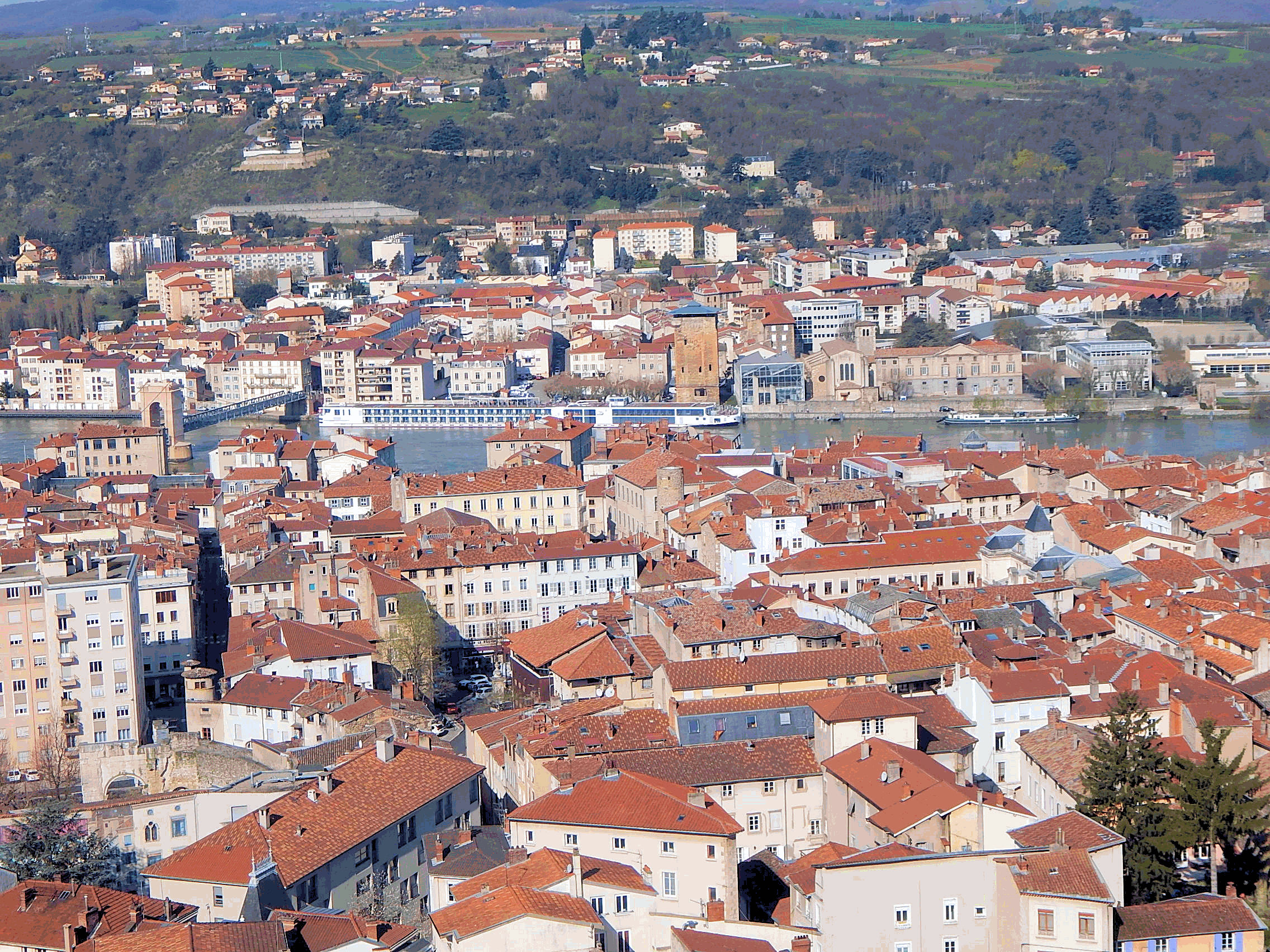 Looking West from the Roman Amphitheater

In the upper center of this picture, you can see the Viking Heimdal docked on the western side of the river. 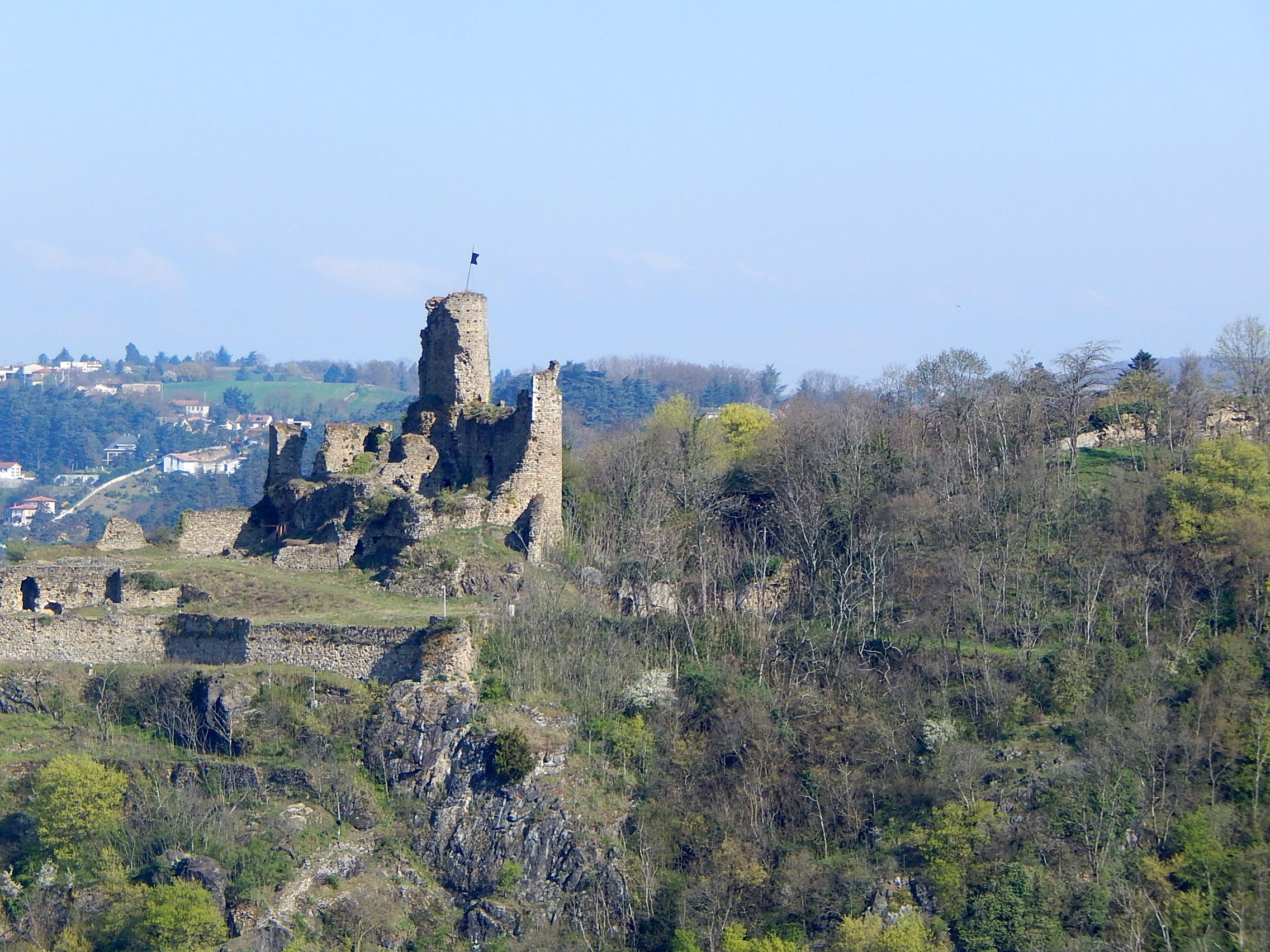 Looking North from the Roman Amphitheater

Ruins of the medieval fortified castle of la Batie. It was built in the 13th century by Archbishop Jean de Bernin. The building was listed as a historic monument in 1926 and is the only element remaining of the town's medieval fortifications. 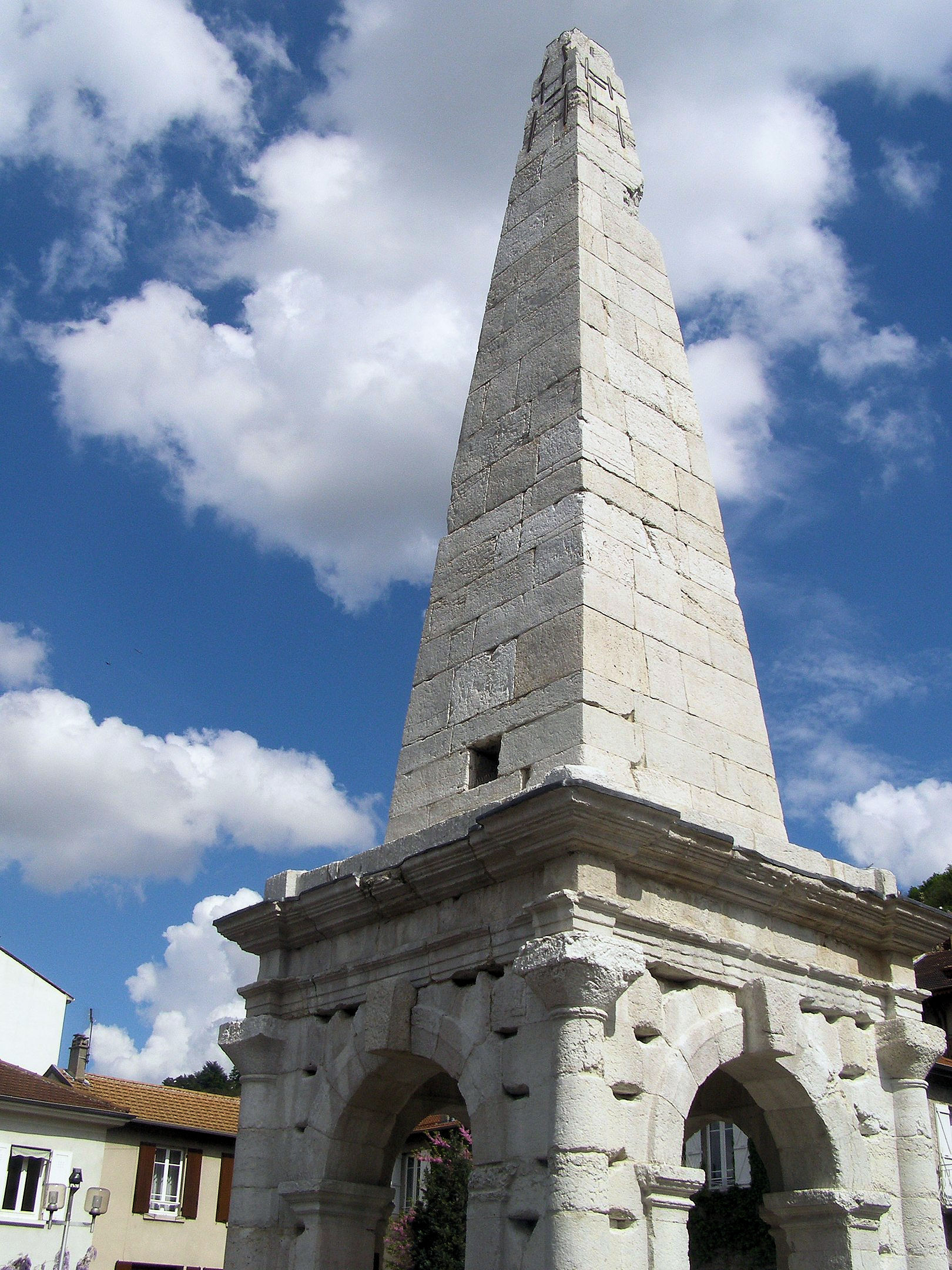 Located on Boulevard Fernand-Point, this is a monument which was once the center piece of Vienne’s Roman Circus and was modelled after one of the monuments in Rome’s Circus Maximus, and dates back to the 2nd century AD.

NOTE: This image is the property of Daniel Culsan via Wiki. 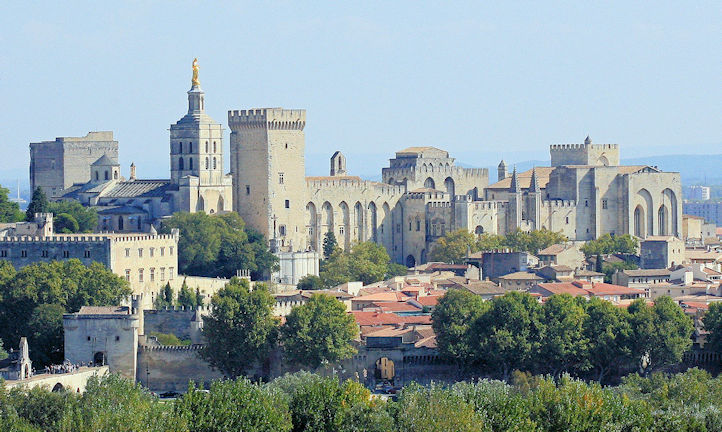 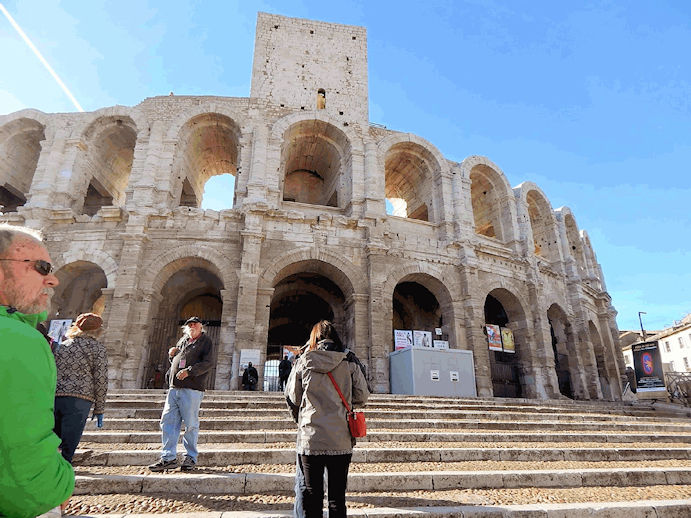 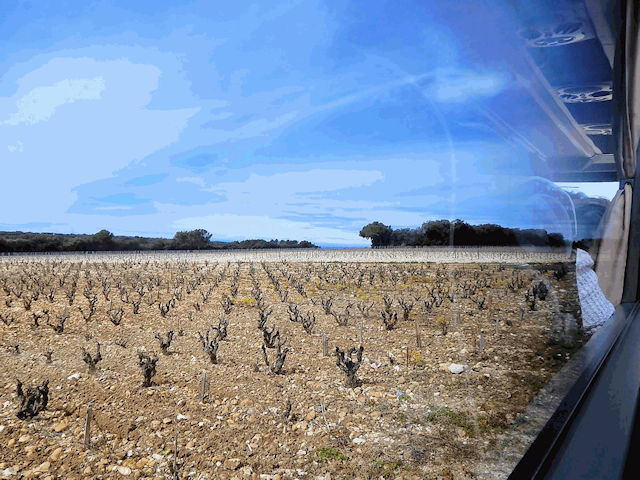 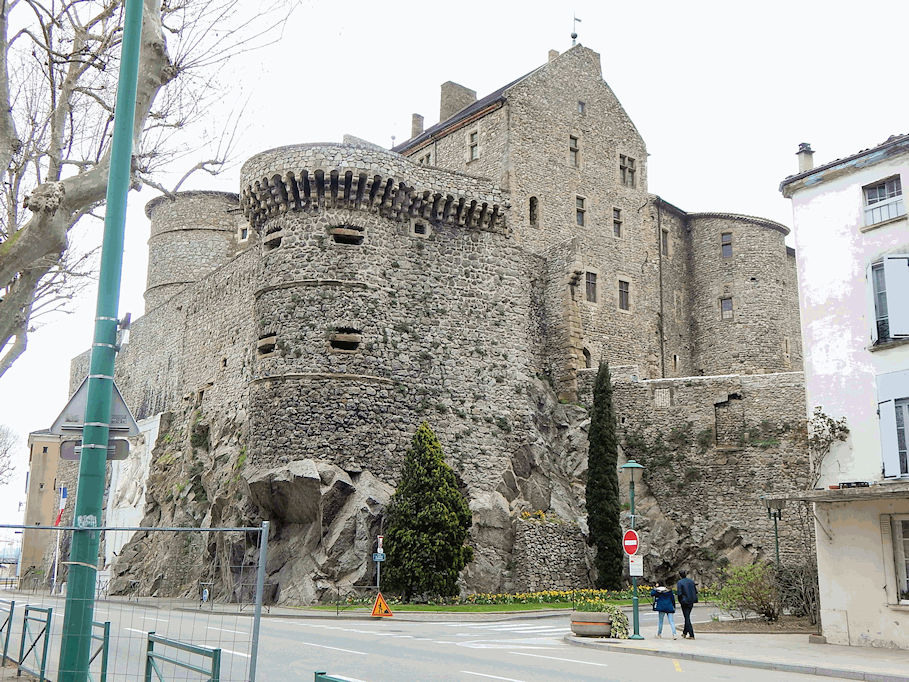 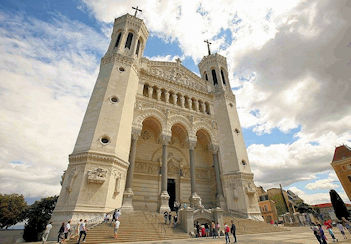 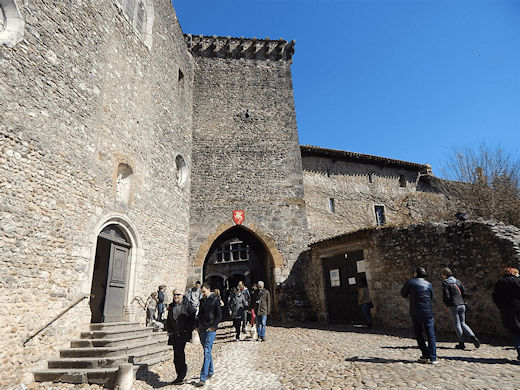 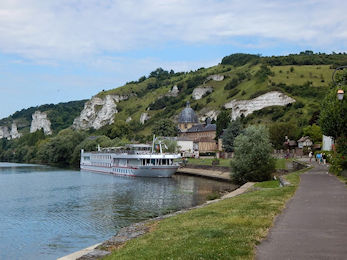 To view our entire set of images from our Rhone River Viking Cruise, click here